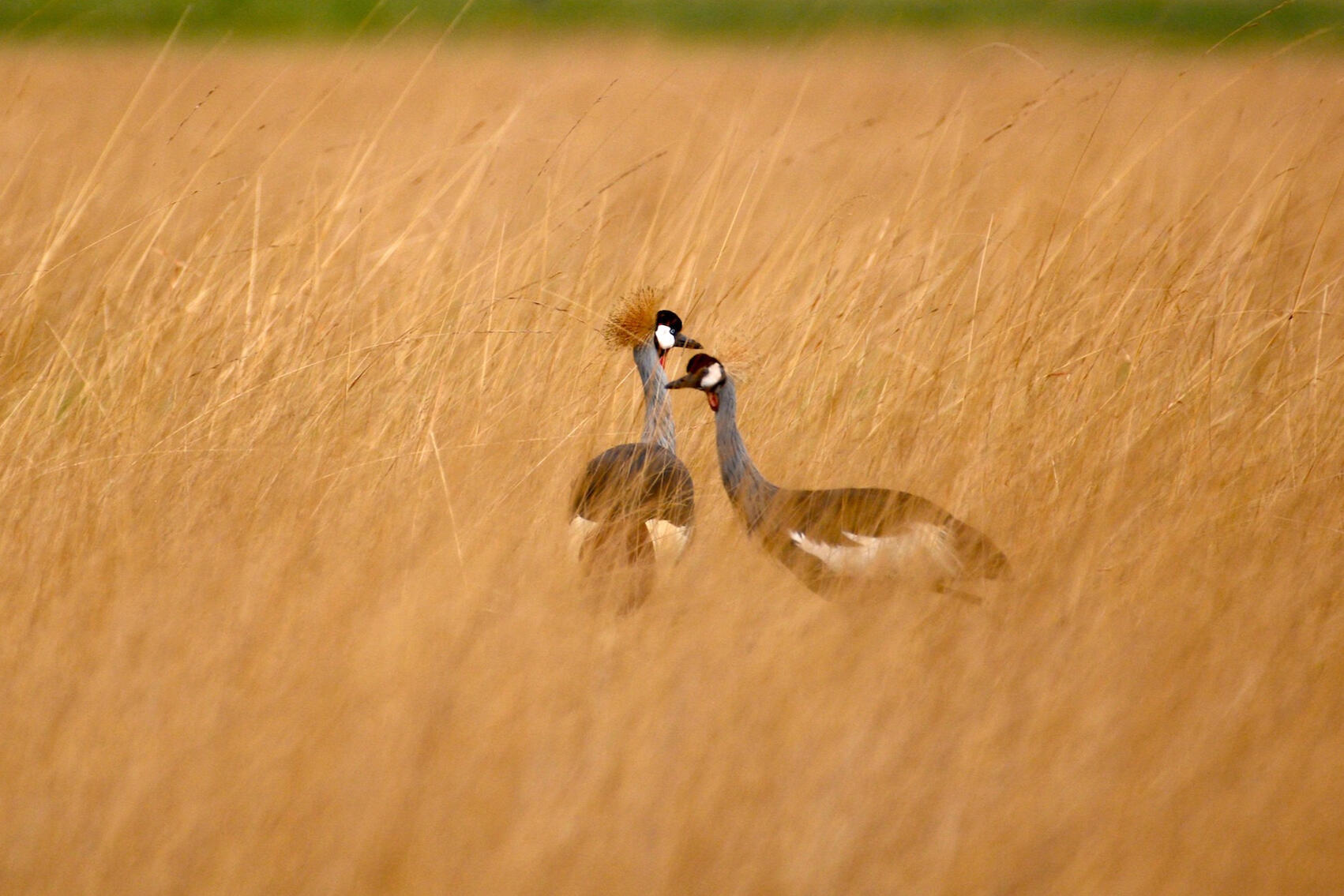 Grasses created the unique sunlit grasslands and savannas of the world. Grasses are in constant battle with forests to keep the ecosystems open that support an astonishing array of life.

The Untold story of grasses

Watch the story of the underdogs that took on their forest adversaries with powerful allies – fire and the great herds of animals.

Grasses created an open sunlit world, rich in plants and animals, including those that nurture and feed us and sustain our cities.

Now all are threatened by plans to plant a trillion trees. 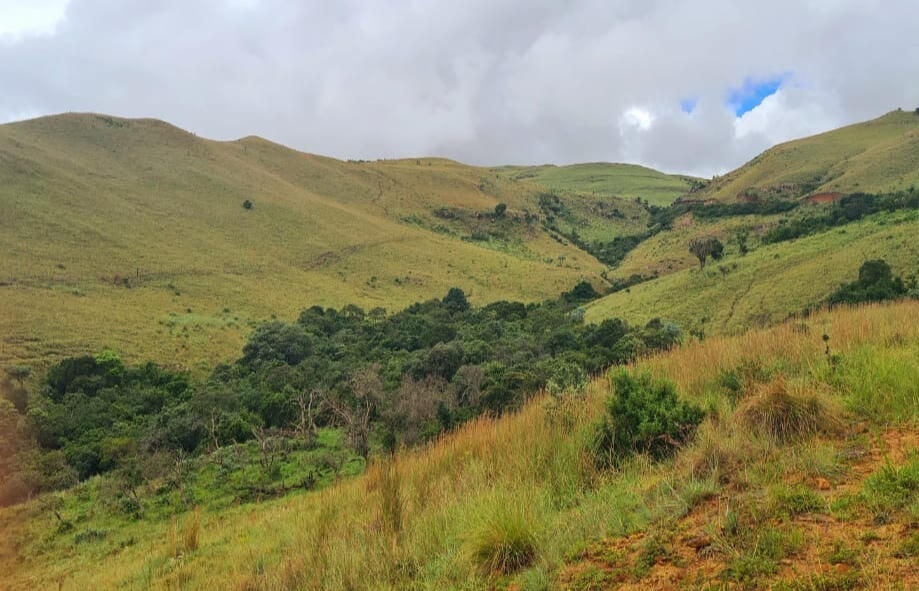 A fascinating recent discovery is that of alternative states. For a long time, ecologists believed that ecosystems were determined by climate and soil.

However, recent work has revealed that vast areas, about 1/3 of the earth's land, could in fact support two entirely different ecosystems irrespective of climate or soil – shady forests or sunlit grasslands. Imagine that!

This map shows alternative states in black - the areas which could be forest or open ecosystems, and are often mosaics of the two: 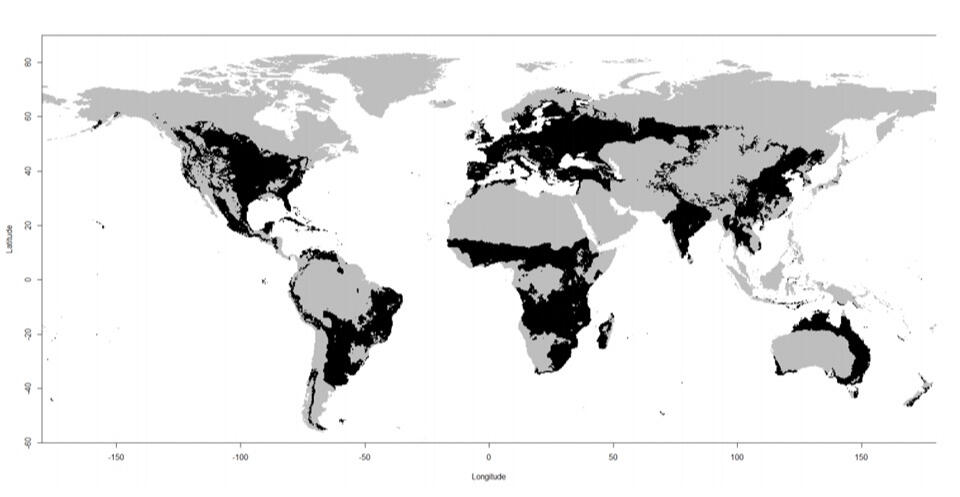 What determines how it actually turns out is a matter that the ecosystems themselves fight out.

HOW GRASSES FACE FORESTS AND WIN

How do simple grasses create space when faced with forests? What would you do?

This is the incredible story of how delicate grasses have managed to overcome towering trees. The grand scale of the consequences are only now beginning to be appreciated.

Millions of years ago, during the Miocene, grasses started a daring alliance with what could be considered the most dangerous of allies – fire, hooves and teeth.

Grasses opened up space in a land covered with forests and into the space poured the sunlight. From the sunlit, open spaces that grasses had created, a plethora of life emerged. 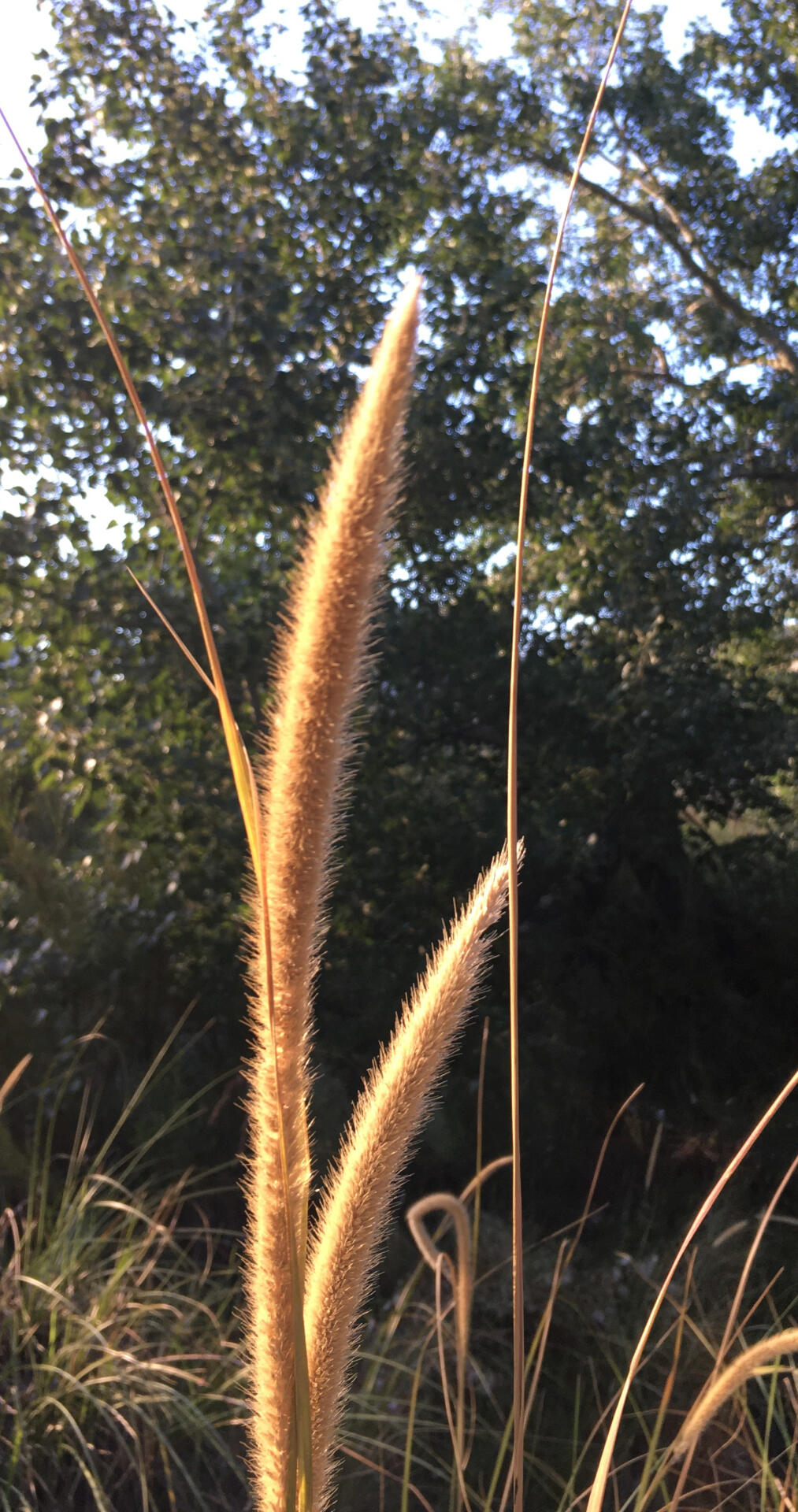 The main problem for many grasses is that they can’t tolerate shade, not even their own shade! Each year their dead leaves shade their new growth. In a few years they would kill themselves.

Consider, then, the shade cast by trees in a forest. They don’t stand a chance! Yet grasses came up with a daring plan. 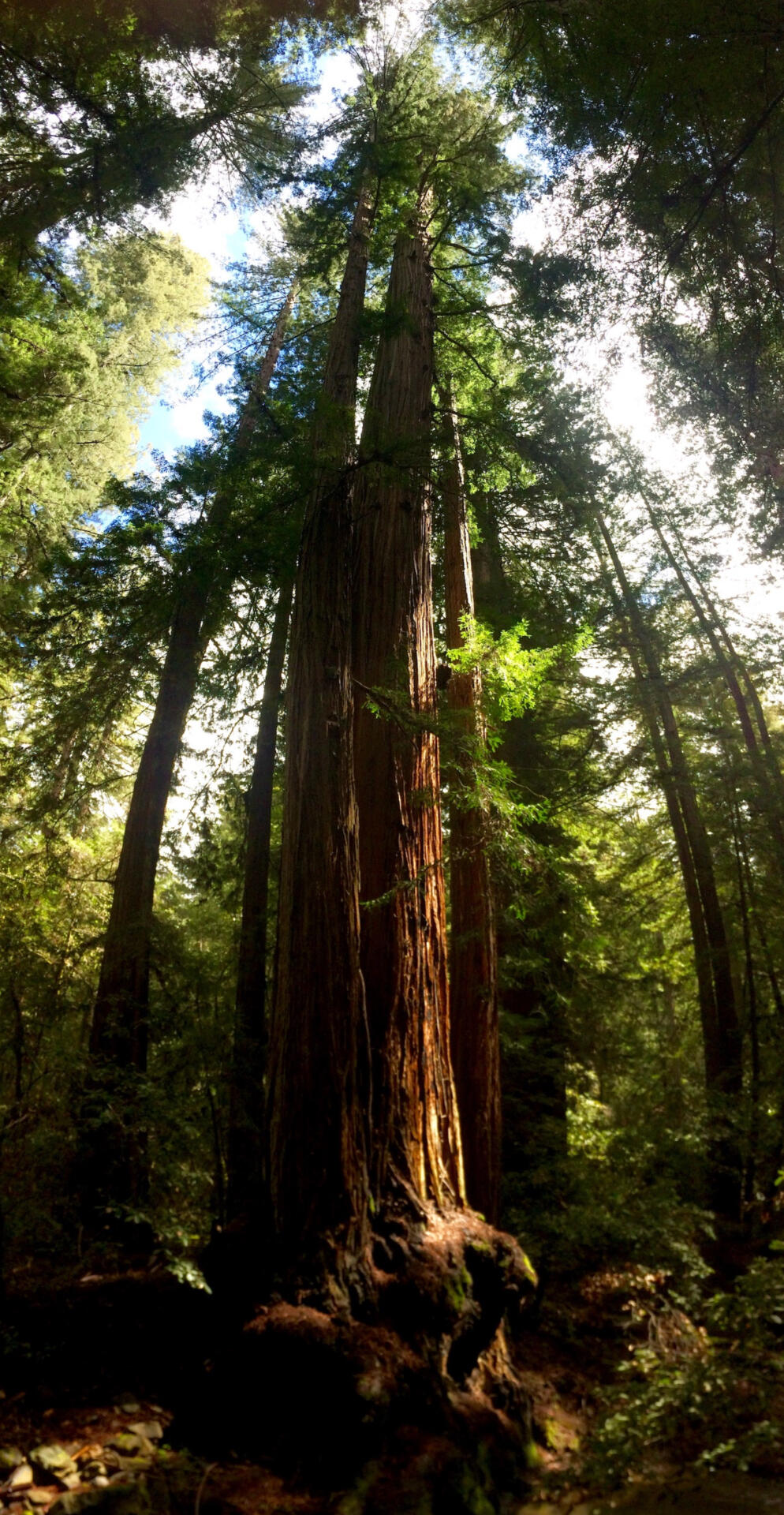 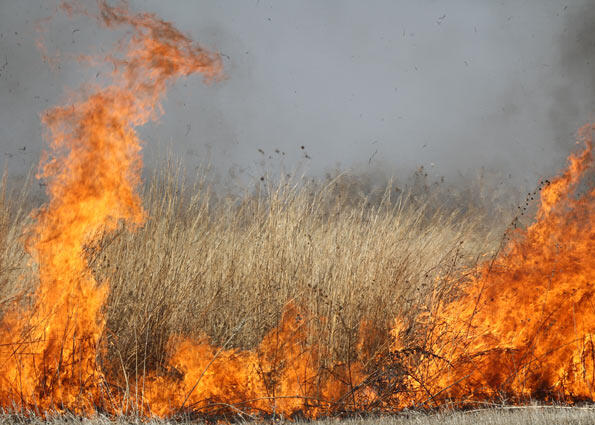 Dry grass is designed to be super flammable. Grassland fires burn low and quickly. They are a completely different type of fire to the great destructive fires we often think about, those fires that have given fire a bad name.

But why do grasses benefit from burning? Fire burns tree saplings at the same time. After a fire, the grasses shoot up quickly and outcompete any new tree seedlings. In this way, with frequent fires, they regularly clean out the competition and carve out space for themselves. 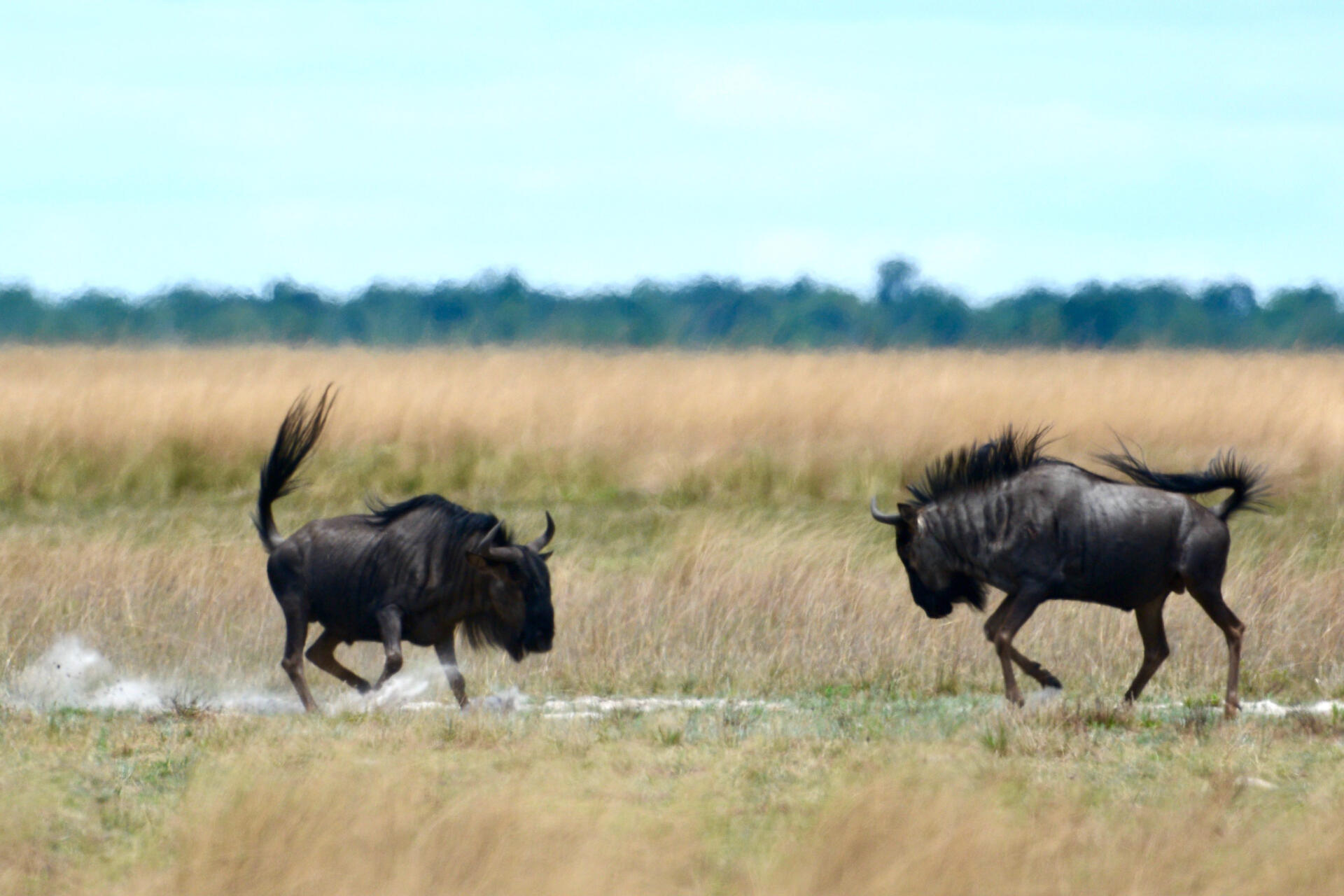 Another key ally for grasses is herbivores – megaherbivores, or great herds that by sheer number act as megaherbivores. The grasses are staple food for grazing animals, but as the grass blades are eaten, their adversaries, vulnerable tree saplings, are also eaten and trampled into oblivion. Thus, herbivores too help grasses carve out space for themselves. 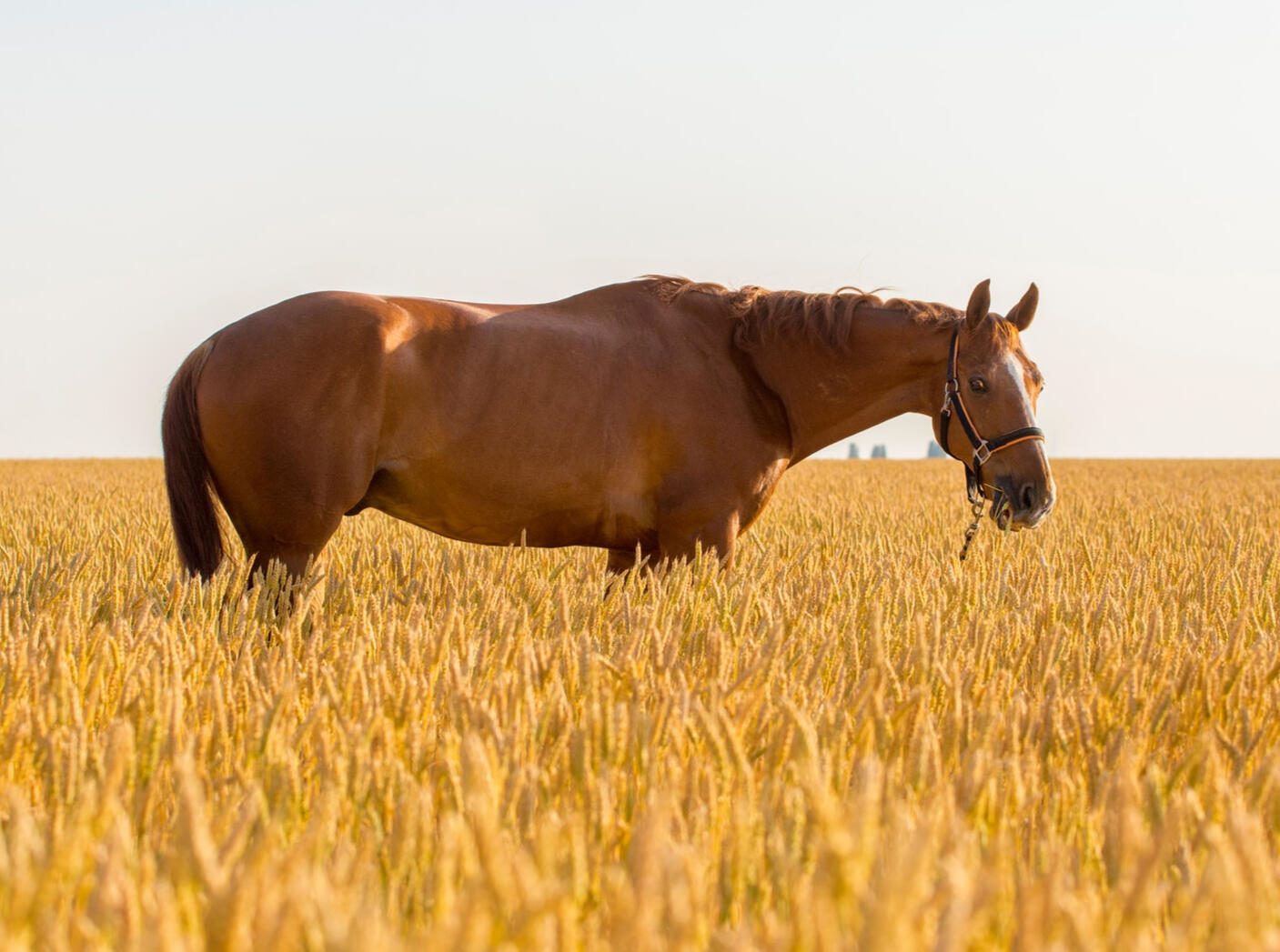 WHAT HAVE HUMANS GAINED FROM GRASSLANDS

Do you realize that human civilization would have been impossible without grasslands?

And what about the animals that we have domesticate that provide other essentials? Think of cows, sheep, horses… wool, milk, leather, meat, transport.

Think how different our world, our lives, would be without those things…

WHAT ELSE OWES ITS EXISTENCE TO GRASSLANDS

That's a long list! There are thousands of creatures - mammals, birds, insects and reptiles - that could not have existed without the open habitats that grasses created. There are also thousands of plants that only occur in these open ecosystems. We have highlighted just a few in the video 'The Untold Story of Grasses'.

Here are a few classics from Africa: 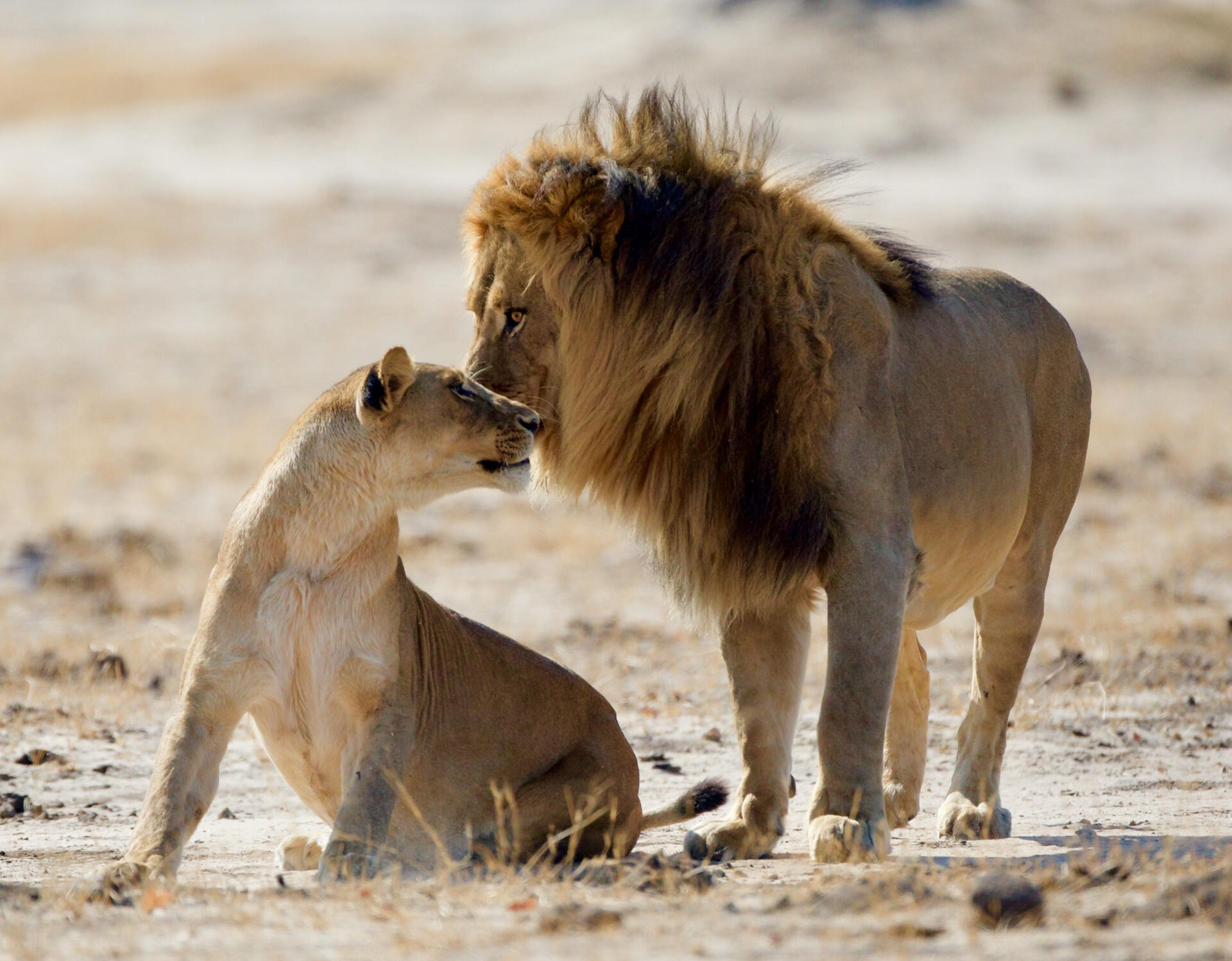 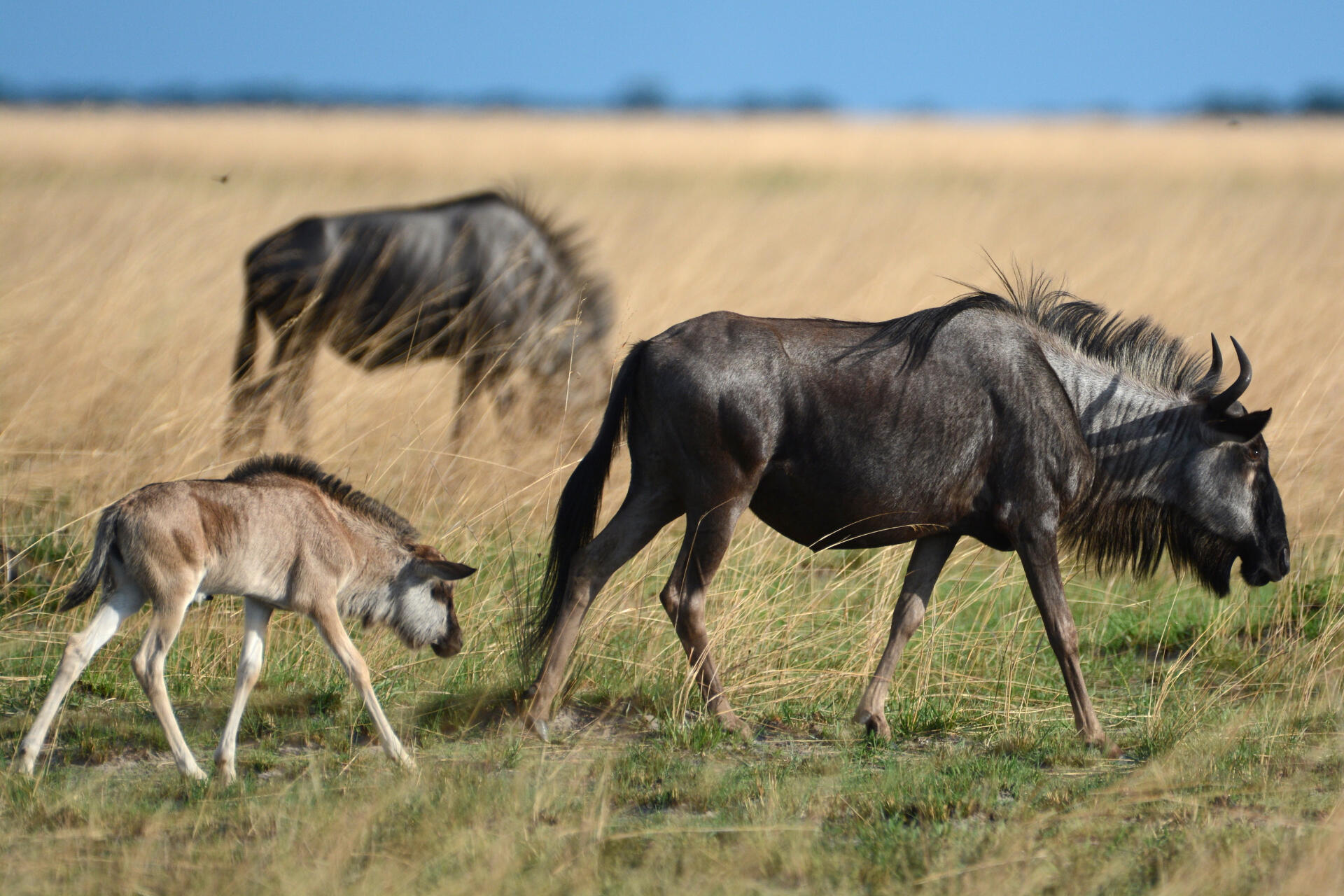 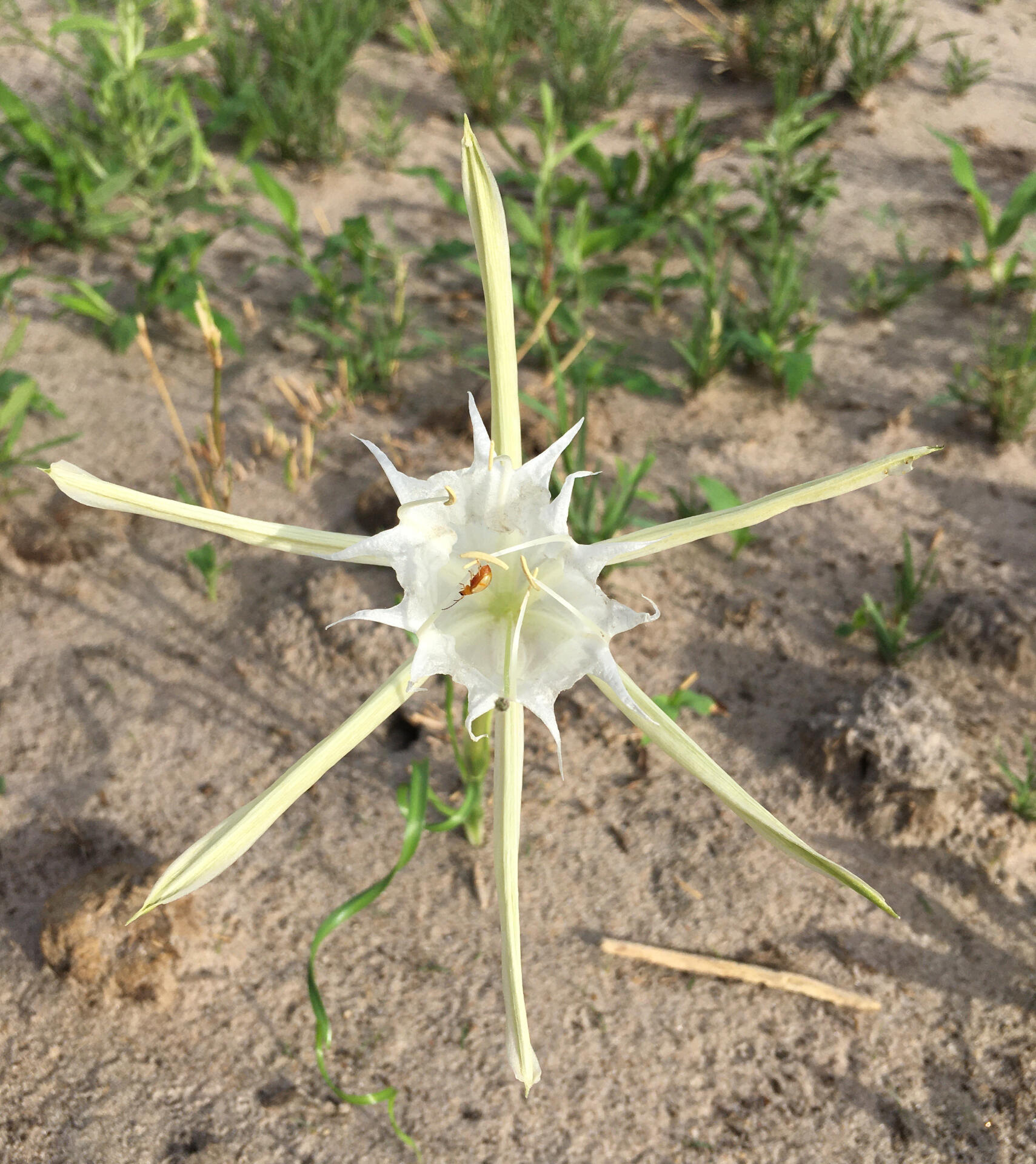 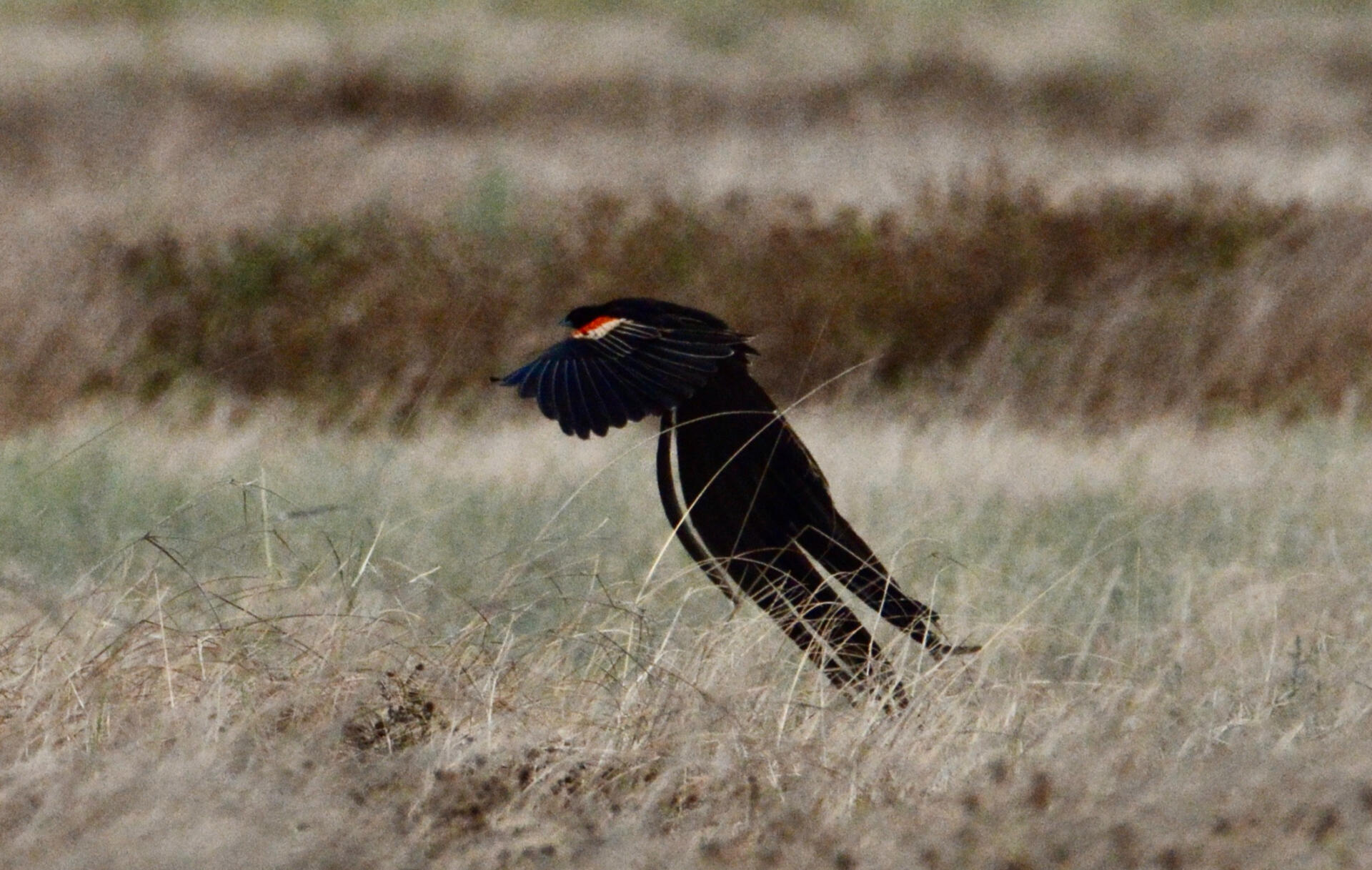 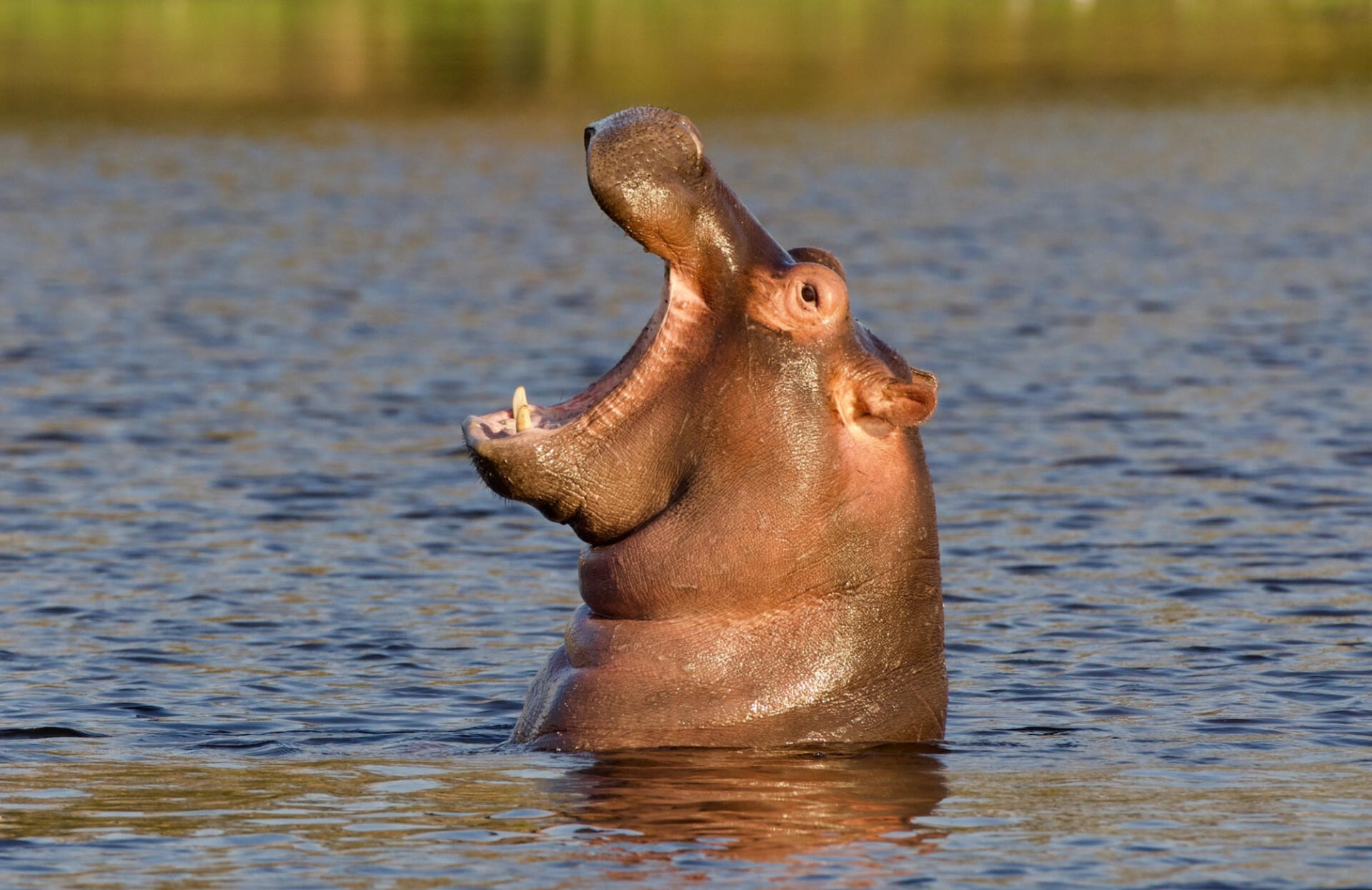 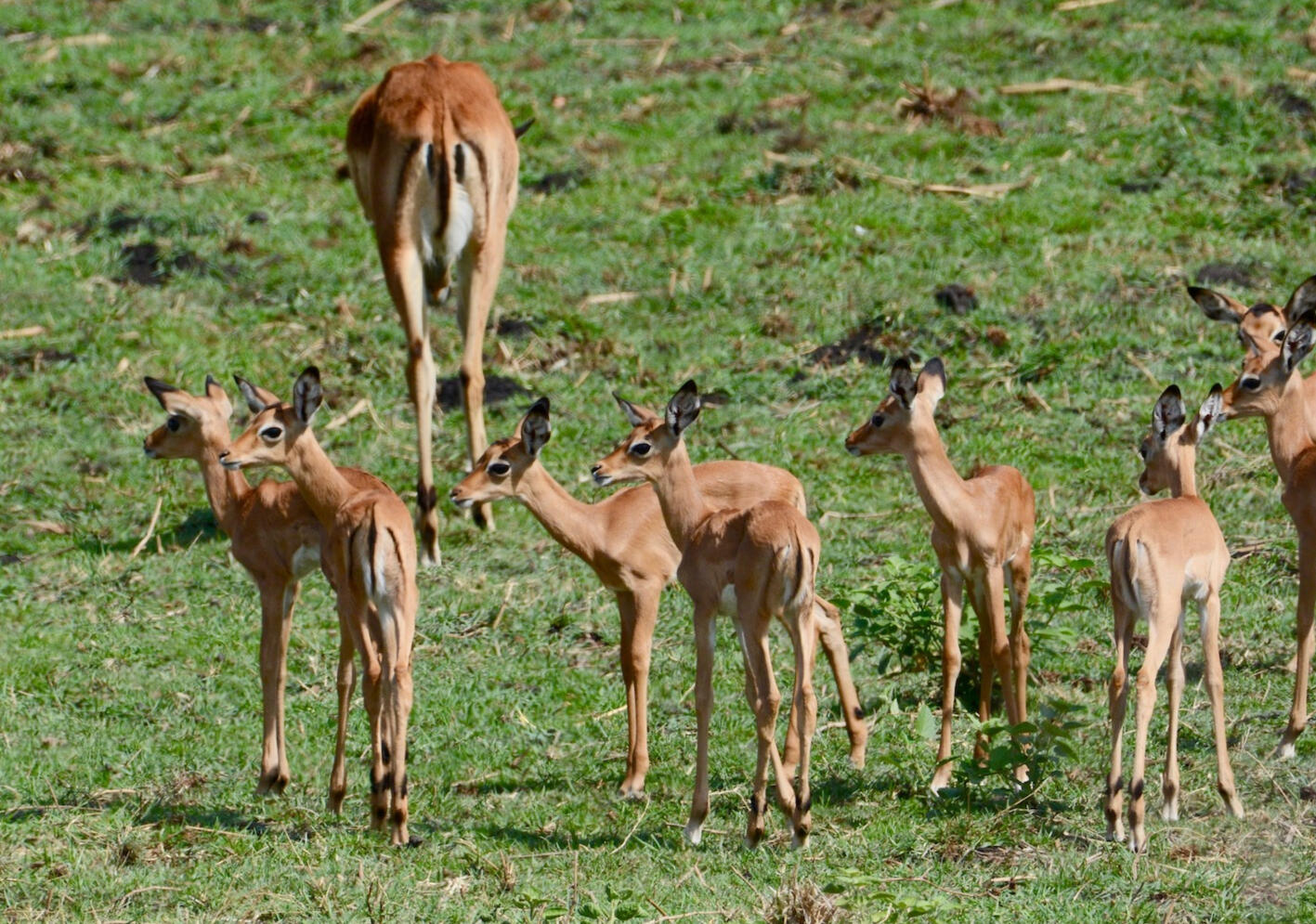 THE TROUBLE WITH TREE PLANTING 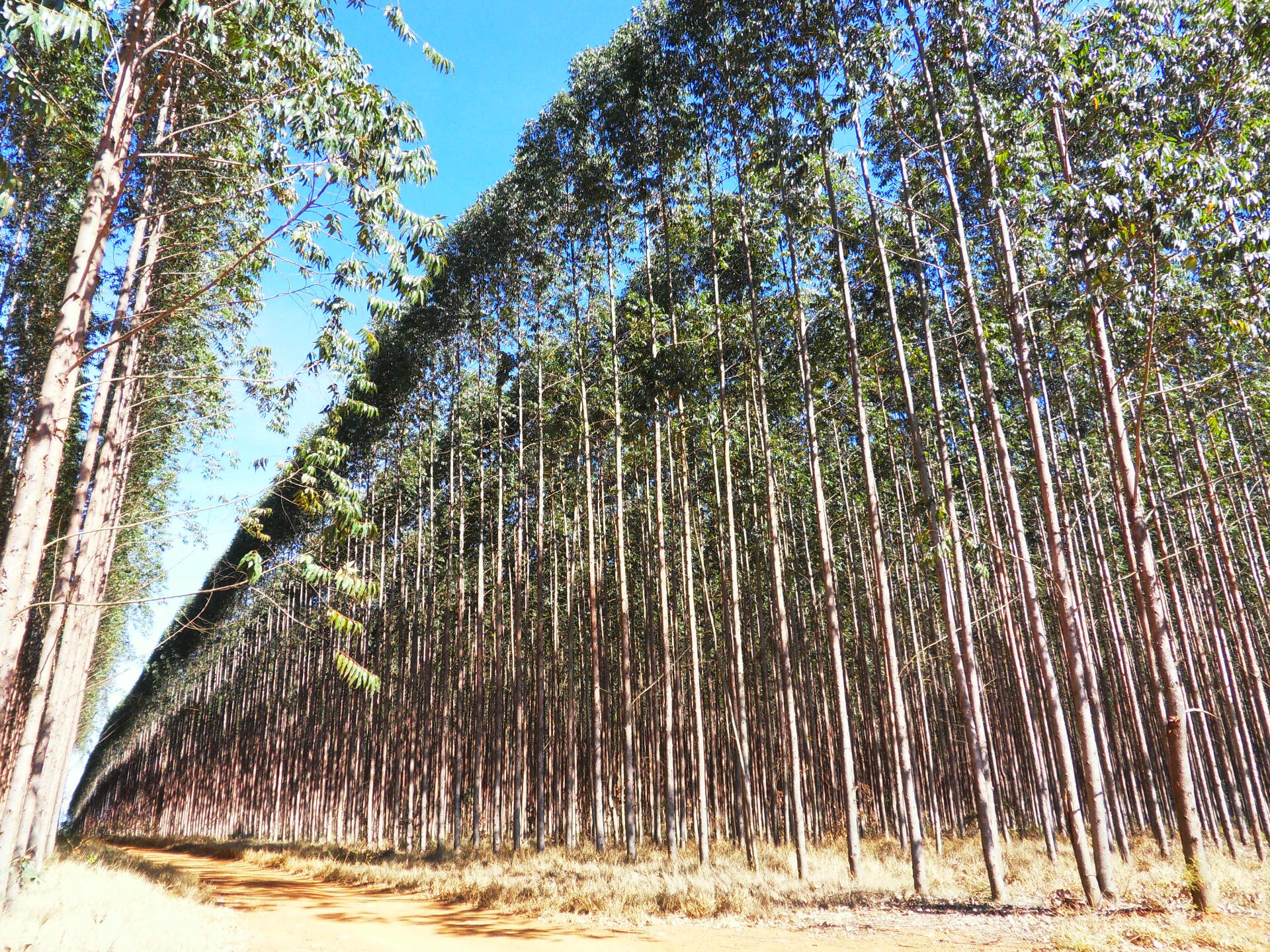 Tree planting has become something of an obsession all over the world as a way of fighting climate change. The trouble is, too often we are planting the wrong trees in the wrong places. While vast plantations of fast-growing eucalypts may store carbon, in the process we are trashing the land and destroying vast swathes of important ecosystems, including the ancient grasslands of the world.

As you now know, grasses grow where trees can grow (alternate states again!). People easily overlook them as ‘just grass’, ‘degraded’ or ‘deforested’ and don’t see the incredible diversity that they support. Large scale tree-planting schemes, often funded by first world countries but conducted in third world countries, have ear-marked over 1 million sq km of ancient grasslands as suitable sites.

Shrouded in ‘green’ language and currency for the community, it is hard to fight the illusion of good that these schemes present. However, if we continue down this road, we could be responsible for destroying entire open ecosystems, ecosystems that have survived and thrived for millions of years, and all in the name of Saving the Planet!

2. NATURE BASED SOLUTIONS TO REDUCING CARBON

2.1 SUPPORT PROGRAMS THAT PROTECT EXTANT NATIVE ECOSYSTEMS and prevent their conversion to agriculture and plantation forestry.

Stop and look carefully when deciding to plant trees. Learn to recognize ancient ecosystems. Find out how people value the open ecosystems and how their lives will alter if monocultures of forestry trees replace them.

HOW TO RECOGNIZE ANCIENT ECOSYSTEMS

Examine each proposed site. Do proper research into the existing ecology. Ecologists are questioning old prejudices that non-forests are degraded products of deforestation. They are exploring how to examine a proposed afforestation site for indicators of whether it is ancient or, indeed, a recent result of deforestation.

Here are some of the indicators of thriving ancient ecosystems. Why not take a look yourself...

Is there diversity?
Where you find many different forms of plant and animal life it is an indication of a long-standing ecosystem.

Are there adaptations?
Are there plants that are specifically adapted to the allies of grass – fire, herbivory and trampling?
These would include, in frequently burnt areas:
woody plants with thick bark;plants that coppice or resprout quickly after a burn;plants like bulbs and certain trees that live mainly underground insulated by the soil;grasses which retain layers of dead leaves insulating the new buds;plants that flower abundantly after fire are also good indicators, such as many species in the cerrado of Brazil.
In heavily grazed areas, grasses are often specialised to cope with defoliation by spreading with runners and not necessarily by seed.

Is there endemism?
Are there life-forms that only occur in that area? If there are, it shows that the ecological system has been there for a very long time, long enough for a creature or plant to have evolved specifically for that habitat. 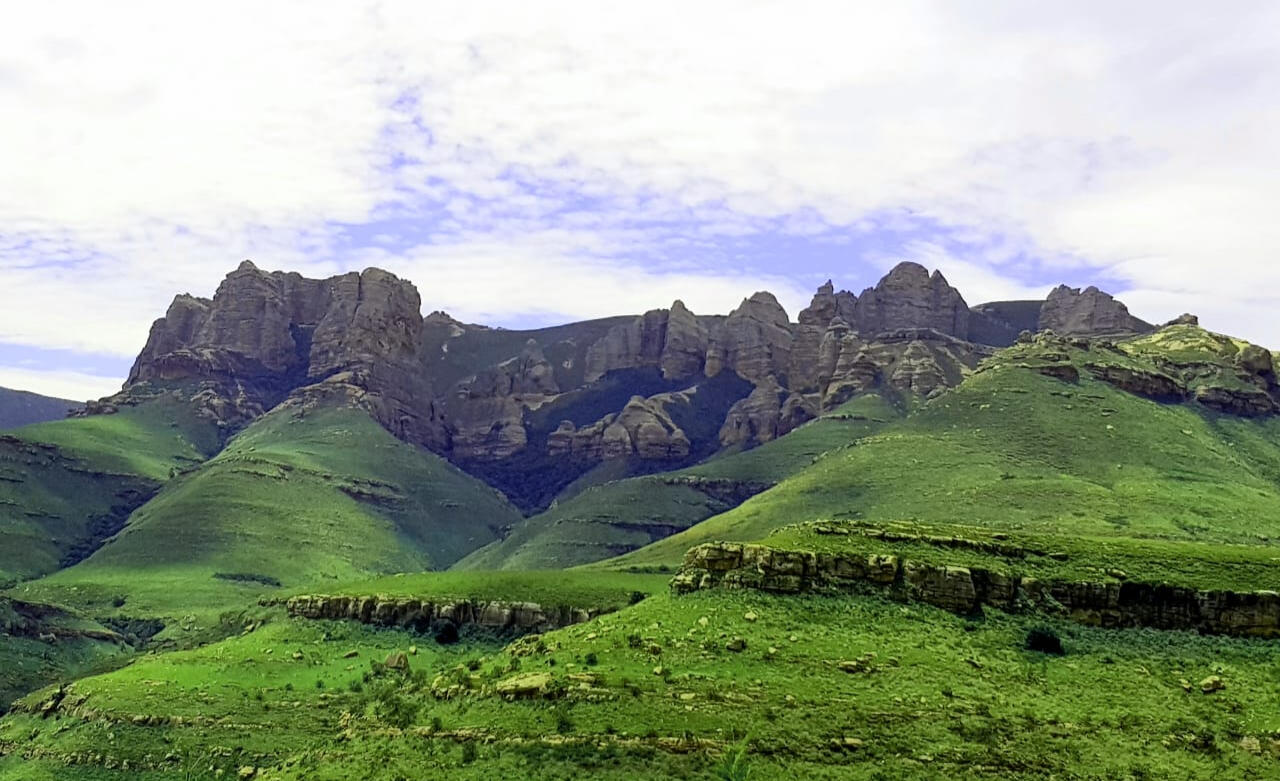 THE RIGHT TREE IN THE RIGHT PLACE

Armed with some basic knowledge, choose carefully. Many forests have been degraded through human misuse and planting trees in them is an excellent and worthy mission.

Research the make-up of the forest, plant trees that are indigenous to those forests, in a way that supports the forest’s regeneration.

Protect the forests that are currently intact but threatened.

Learn to appreciate our beautiful sunlit ecosystems without casting a shadow over them with an obsessive love of trees.

We have just begun the UN decade of ecosystem restoration. It offers the exciting prospect of restoring degraded ecosystems around the world.

Restoration of forest has been the central focus, including the trillion trees campaign and the Bonn challenge.

Indiscriminate afforestation of ancient grassy ecosystems with eucalypts and conifers is a major threat to these ecosystems and the people, plants and animals that live in them.

A NOTE ON GRASSES

There are many thousands of species of grasses. With so many species, grasses occupy diverse habitats, including wetlands, alpine meadows, deserts, and even forests (many bamboos grow in shady forests). However, grasslands and savannas are made up of just a few dominant species. These grasses that took on the forests are those that are highly flammable or highly palatable.

The loss of trees has been of wide concern and widely reported. However the increase of trees in grassy ecosystems, though much less publicized, is causing alarm for those who live and work in them.

Trees and shrubs are increasing in savannas while forests are expanding into many grassy ecosystems. The reasons for this ecological transformation are diverse.

In Brazil, for example, laws prohibiting fires led to invasion of cerrado (savanna) nature reserves and the loss of their natural sun-loving diversity.

In southern Africa, fires have been maintained for over 60 years in long-term experiments in Kruger National Park yet woody plants have increased more than tenfold in the last 25 years. The increase is thought to be due to the fertilizing effect of atmospheric CO2 on woody plant growth.

Reduced fire, reduced herbivory and increasing CO2 could tip the balance in grassy systems threatening their conversion to scrub woodland.

In parts of the USA, new intense fire regimes are being applied to reclaim the grassy resource in encroached areas for ranching.

In conservation areas in South Africa, fires have been deliberately set under extreme weather conditions to reclaim open grassy structure for grazers such as the white rhinoceros. Unlike forested ecosystems, intense burns can be safely managed by skilled practitioners. 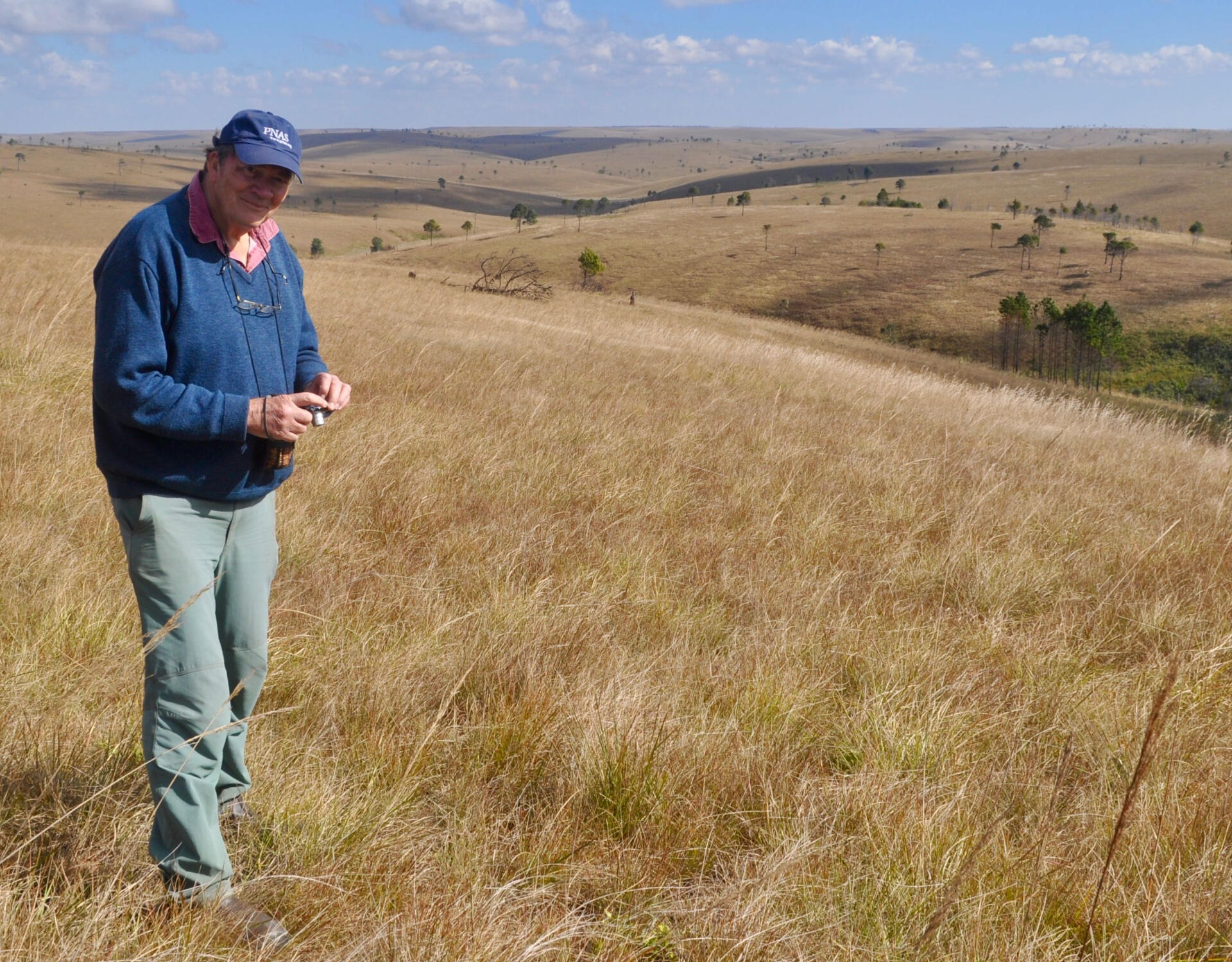 William Bond is an emeritus professor at the University of Cape Town. He is an ecologist with broad interests in the processes most strongly influencing vegetation change in the past and present, including fire, vertebrate herbivory, atmospheric CO2, and climate change. He has worked primarily in grasslands, savannas, and winter-rainfall shrublands. He has published more than 250 peer-reviewed scientific publications and co-authored three books. His research over the past two decades culminated in his latest book, Open Ecosystems, and the viral pandemic starting in 2020 provided the opportunity to work on the video showcased here. 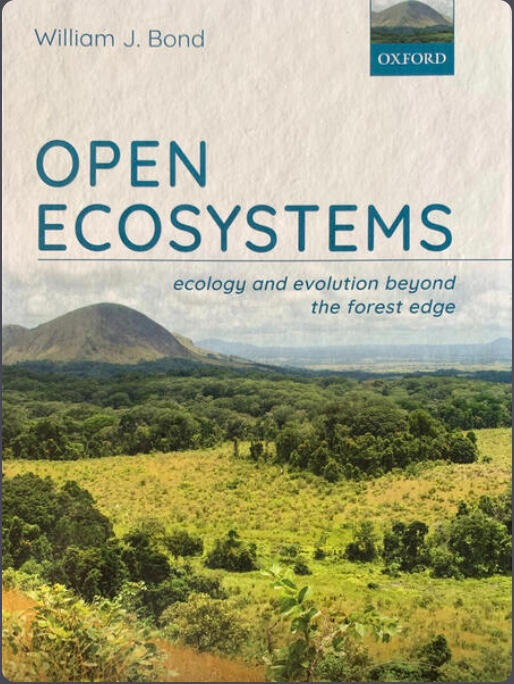 WILL PLANTING TREES CHANGE THE CLIMATE?

Restoring natural forests with the species that are native to them is the best way of stocking up carbon in forests. Planting plantations of fast growing trees, such as pines and eucalypts, has much less benefit for reducing atmospheric carbon. It is these plantations that most threaten ancient grasslands and savannas.

HOW TO RECOGNIZE ANCIENT ECOSYSTEMS

Further Reading
There is a rapidly growing scientific literature on open ecosystems, the vast non-forested ecosystems in climates that can support forests.
You can get a flavour for the diverse areas of science that are opening up from reading ‘Open Ecosystems: ecology and evolution beyond the forest edge’’ Oxford University Press, 2019 by William J. Bond. View the book here on Amazon